Morse code has been in use since the 1840s. when American inventor Samuel Morse patented his first telegraph machine, Telegraph messages were sent over wires by lapping out sequences of long and short electrical pulses representing letters and numbers. The code was lapped out as breaks in the electrical circuit, which would then be translated into a series of dots,
dashes, and spaces. 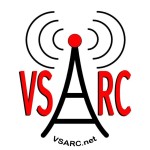 Cartoon of the week, July 31

You may have missed

Cartoon of the week, July 31

A brief history of Morse Code